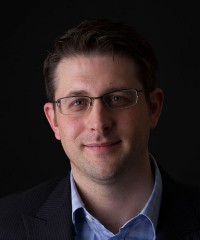 Ian is a member of Resolution and the Law Society Family Law Scheme. He read law at the University of Teesside and qualified as a solicitor in 2002. His first post-qualification position was with Kidd Rapinet, and he had successful spells at Gorvins in Milton Keynes, IBB in Chesham and Hine in Oxford. Ian moved to Hancocks as a partner in January 2015.

Ian is Head of the Family Law team and is based at our office in Banbury, although he frequently attends the Brailes office for client and other meetings.

He represents not only high net worth individuals with large and complex asset bases, both in the UK and abroad, but also clients with limited assets. Ian has specialist knowledge of Armed Forces/Police and final salary pension schemes.

Ian’s clients often compliment him for his straightforward and thoughtful advice. They also value his ability to think outside the box when it comes to finding and considering solutions.

Ian is a useful “corporate golfer” and a season ticket holder at MK Dons. However, he can occasionally be found at Old Trafford cheering on his beloved Manchester United.