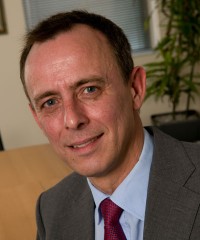 Andrew read history at the University of York and qualified as a solicitor in 1991 with one of the then big four Birmingham firms. He eventually moved to a large commercial firm in Northampton where he was an associate and subsequently set up his own practice in Cropredy near Banbury in 2000.

In 2008, his practice amalgamated with a “boutique” corporate firm in Marlow, Buckinghamshire where he was the commercial property partner. However, returning to “Banburyshire”, he joined Hancocks on 1 November 2013.

In addition to the usual commercial leases and related licences (many in London and the Thames Valley), he also does a certain amount of contentious landlord and tenant work, statutory notices, break options, dilapidations claims, and overriding leases.

And, in addition to the usual institutional lending work, he has also done a certain amount of personal, secured lending.

He has also acted in connection with the sale or purchase of a number of licensed premises and other small businesses (both assets and shares) as going concerns.

His commercial clients include commercial and residential property investment/development companies, trustees of directors’ pension schemes, farmers and hotels, and they vary from SMEs to PLCs.

Agricultural instructions include the dissolution of a farming partnership.

Residential instructions include buying a block of around 20 flats in central London under the collective enfranchisement legislation, then extending the participating members’ leases.  Also, buying and selling numerous flats and houses in London and outside, some for many millions.  And acting for a residential property development company in connection with a dozen plot estate in Cumbria, from start to finish.

Andrew has two daughters, who share his love of skiing, and one boy, a Border Collie.